Floating Car Data (FCD) applications are based on the collection of geo-localized information updates that are issued by vehicles roaming in a given area. These data are an essential source for traffic information and are widely employed by Intelligent Transportation Systems (ITS). We present and examine a hybrid networking architecture and protocol that are used for the efficient execution of such a collection process. We employ a VANET-based multihop dissemination logic to spread control messages and elect designated nodes. Those nodes are exploited to report vehicular data via LTE communications. The performance behavior of the proposed protocol is evaluated through the consideration of two real urban scenarios. In comparing with performance bounds that characterize the performance behavior attained by state-of-theart hybrid integrated VANET and LTE mechanisms, we show our approach to offer a substantial reduction in the traffic load rates induced over the LTE cellular radio access system. 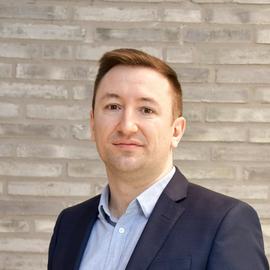